Australia unfortunately has nothing similar to the excellent political fact checking websites that the US has. Probably not though because of a lack of supply of political fibs, just a lack of demand.

Bear this in mind, 700,000 jobs have been created over the last four years, 100,000 more than John Howard’s last four years and we did it with a global recession …

Crean is right that 700,000 jobs have been created in the past 10 years, but the last four years of the Howard government saw over 1.1 million jobs created. Crean was only 500,000 jobs out! 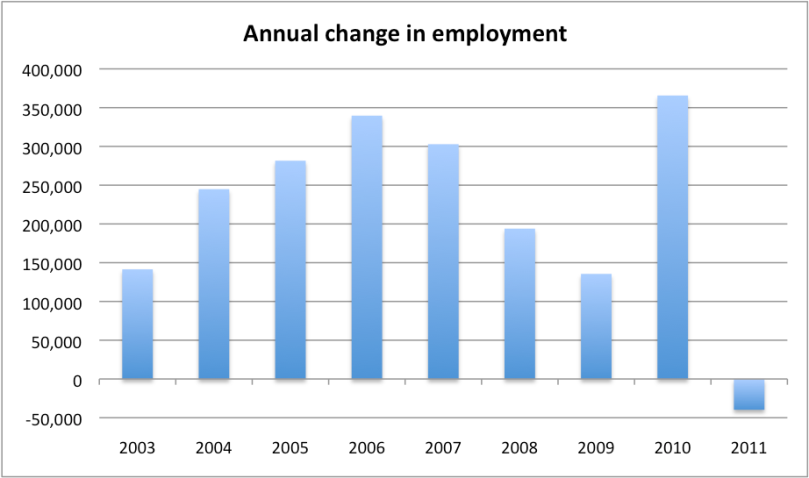