The BoJ wrote some cheques that Mrs Watanabe keeps cashing… In the week to 8 June, net-net securities flows again led to a significant inflow into JPY: this time of ~Y1tn.

In the week to 8 June, this was mostly due to money market flows (Y570bn, and probably FX hedged); however excluding these, both the equity account (Y335bn) and bond account (Y107bn) delivered chunky inflows.  Japan Inc. sold foreign term assets; foreigners sold JGBs and bid the dip in Japanese equities. 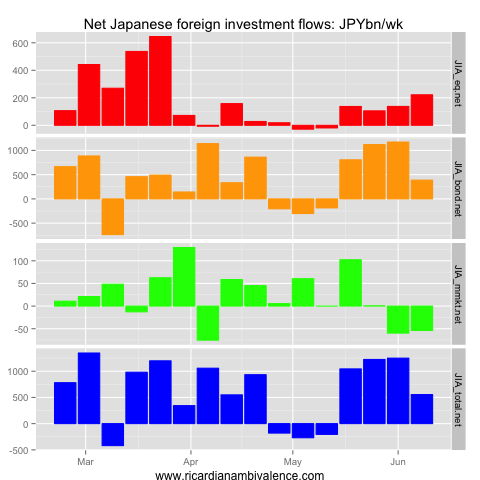 On the Japanese side, there were chunky net inflows from both bond (Y387bn) and equity accounts (Y222bn); money market flows were close to net-flat (~Y54bn).  Summing across securities, the flows amounted to Y555bn of JPY buying.

Money market flows picked up sharply in the first week of June.  Purchases picked up a little more (Y356bn) than sales (Y302bn), resulting in a net inflow to JPY of Y54bn from Japanese transactions in foreign money markets. 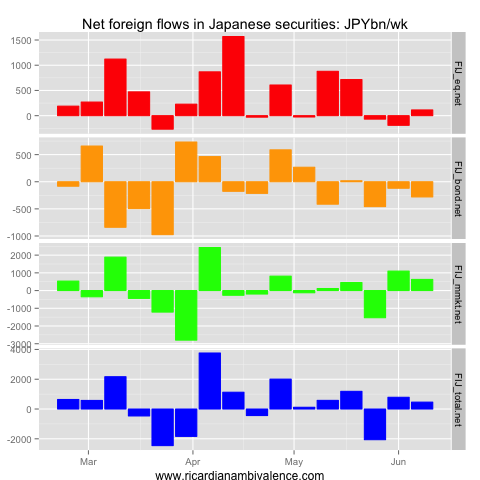 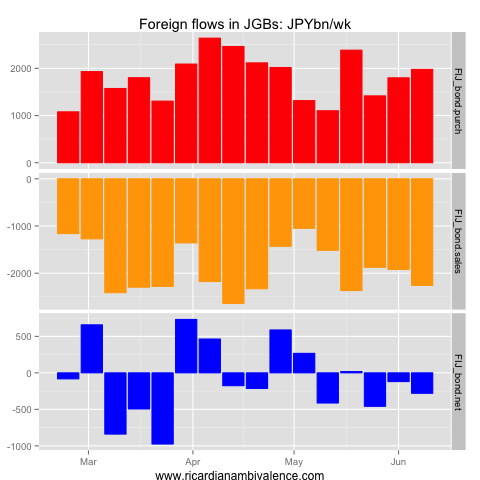 Foreign flows in the Japanese money market also picked up.  Purchases rose to Y3.53tn and sales rose to Y4.16tn, for net foreign purchases of Y630bn over the week.