The last few weeks feel a lot like Q2. Recall that in Q2 Greece blew up, and risk assets tanked.

You may have forgotten, as the Fed pulled a classic shell game trick – distracting you with QE and giving Europe time to fix itself.  Well, Europe didn’t fix anything…

So here we go again …

We have a Euro-peripheral blow-up … that keeps blowing up

A bailout that treats a solvency issue as a liquidity issue; which the market rejects … that morphs into a funding issue (it’s EU banks that hold the bonds).

Stress in funding markets leads to a USD squeeze, which impairs EU banks’s ability to raise USD cash. The below chart shows a manifestitation of this pressure in the EUR/USD cross currency swap market.

What it shows is that European names are willing to lend EUR at ~55bps under the benchmark EUR 3m rate to borrow 3m USDs at LIBOR (flat).

Just like in May, this hunt for USDs (by bad names) is pushing LIBOR-OIS wider, even after the bailout…

And just like in Q2, the pressure was first evident in the forwards – and is now migrating down toward the spot fixing.

… but they appear to be catching up just now.

This tightening of monetary conditions is undoing the good work that was done by the Fed’s QE.

As you can see above, the weakness of the USD (v. the EUR) was coincident with the strengthening of equities – suggesting to me that it was a monetary phenomenon — see prior post on this, here

Finally, just as in May, the PBOC may start tighteing once again (did they ever stop?).  History suggests the PBoC tends to increase the RRR / benchmark rates when real deposit rates are negative (as in this case there is no incentive to hold real money balances). They are very negative right now, and falling. 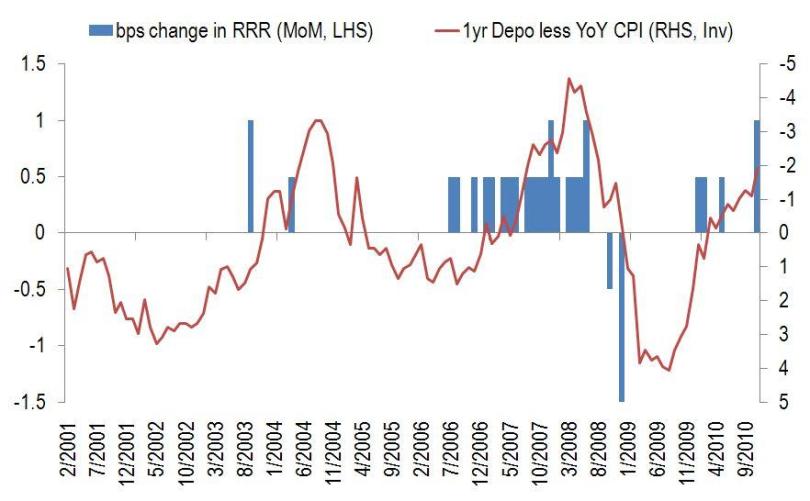 For mine, the Chinese economy needs real tightening – probably a few rate hikes. Central banks don’t often get out of bed for 25bps — as even in the over-leveraged west an economy isn’t all that sensitive to interest rates.

China hiked once recently – so I’d expect a few more! 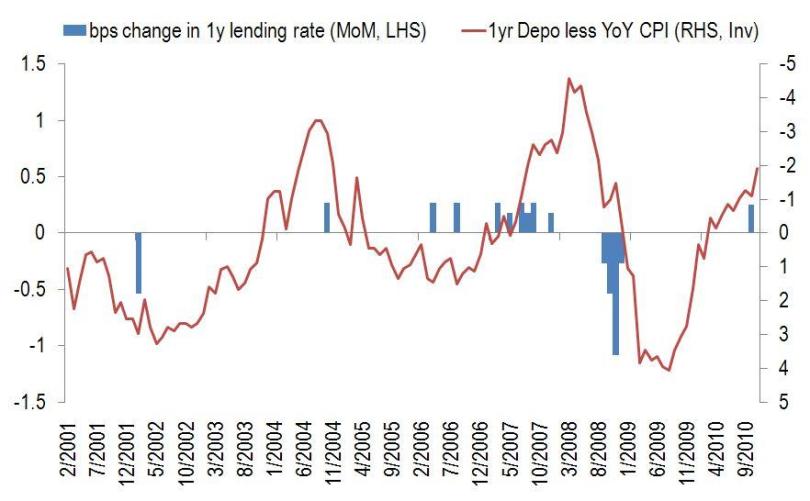 Given this, my short term forecast is that the EU will keep crackling, and that China will tighten some more … 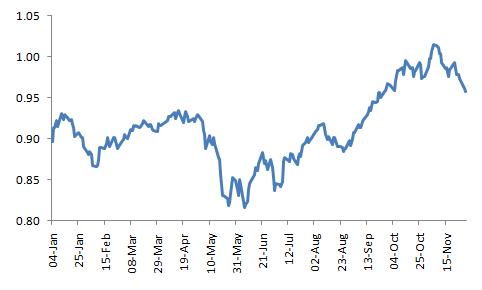 That’s probably going to be bad for equities, commodities and the AUD… next stop looks to be ~0.92 for the battler!