Given the media reports of redundancies, it comes as no surprise that google searches for “unemployment benefits” are trending up.

For July, our google index said the unemployment rate ought to be ~5%, and it was 5.1%; for August, the forecast is ~5.05%, so the unemployment rate could go either way (my guess is that it’ll remain at 5.1%). The turn in the trend, due to the pickup in searches in the early September data suggests that it should remain at 5.1% or maybe head a little higher, come September.

In this post I have included Google’s estimate of searches over the month of September, despite the fact that it’s partial data, as it helps build a (plausible) story about a turn in the labour market. That story fits with the recent weakness in job ads, as well as various media reports of redundancies. 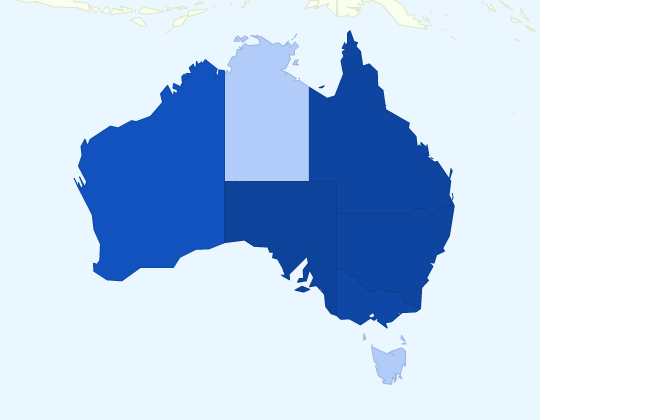 The net-searchers are broadly dispersed across the nation. South Australia is now the most searching State; they have over-taken Queensland (which ought to be getting a lift from the mining boom pretty soon).

Will the RBA react? I doubt it. They can’t do anything about weak productivity – so i take their comments on the matter to mean that they want a higher unemployment rate.

Gov Stevens said to the House on 26 August:

My answer to the full employment question would be: I think the bank has fulfilled that side of its mandate, recognising of course that a sustainable unemployment rate ultimately is a function of industrial relations matters, not monetary policy.