Stock and Watson are among the best that economics and econometrics have to offer, so few have a right to a superior tone when it comes to their work.

Their ‘great moderation’ hypothesis felt good for policy makers – but it was always possible that we were just lucky (that we had simply been drawing from a calm part of the distribution of shocks).

Researchers at the FRBNY lend support to this alternative (we got lucky) hypothesis in a recent note.

The chart below is of forecasts made at the start of the recession. Scenario one draws from the great moderation distribution only (Q4’84 to q4’07); scenario two draws from a longer sample (starting in 1954). The larger shocks in the longer distribution widen the forecast error bands, such that they encompass (some of) the actual outcome. 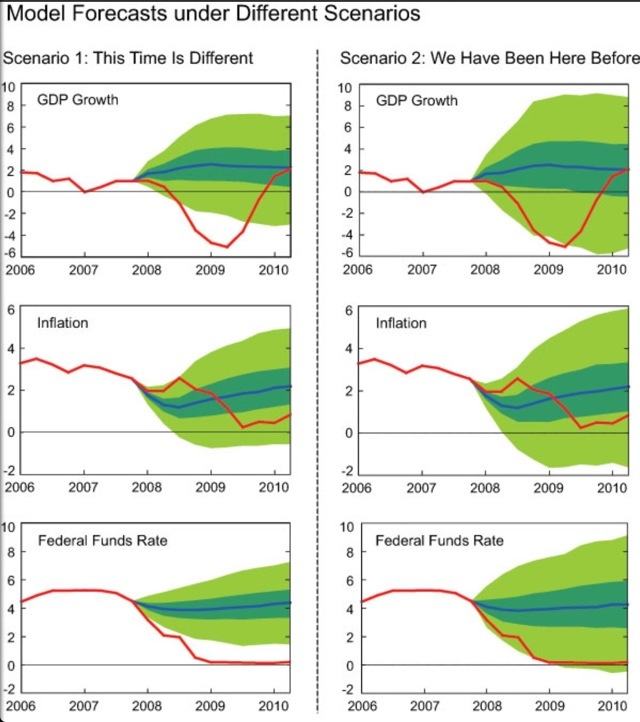