I am a big fan of Mark the graph’s blogs (both his election blog and his currently ‘paused’ economics blog).

I have been watching his work to gauge the impact of the ALP’s odd leadership non-contest. There is probably enough data to say something clear now – and what we can say is that it was bad. The latest poll aggregation shows an electoral wipeout for the ALP.

Mark’s analysis of recent polls suggests the ALP will win only 44% of the two-party-preferred vote. 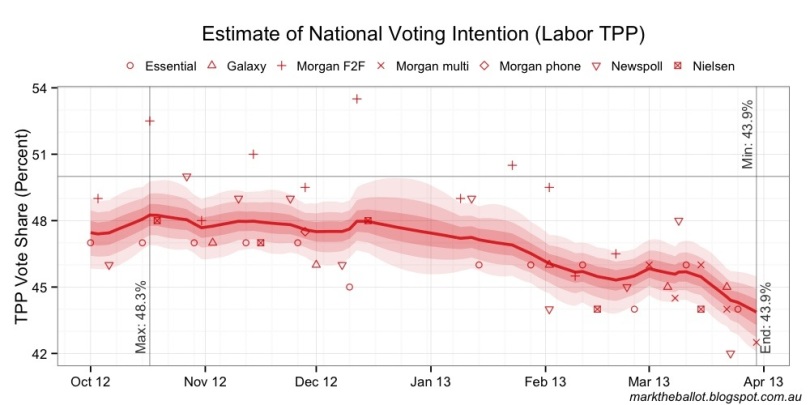