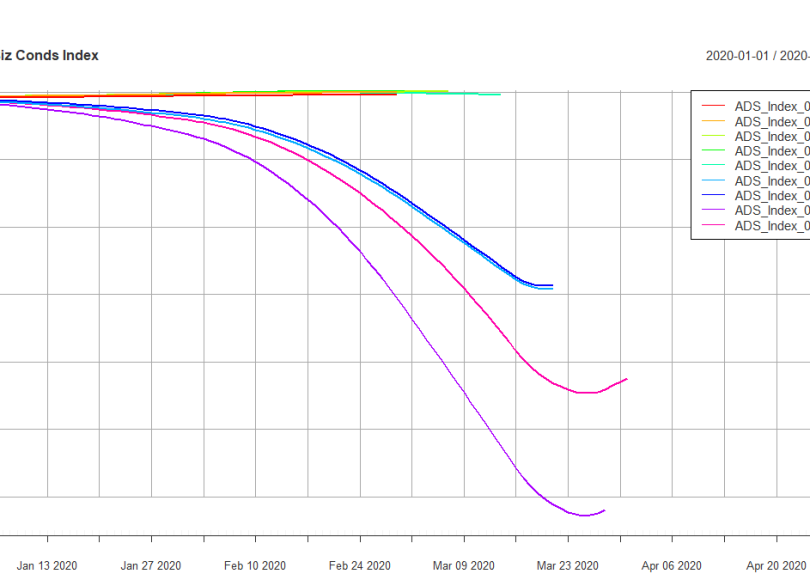 How bad is the CnV19 recession going to be?

It’s a difficult question to answer, as there’s so little timely data about economic activity. Almost all data is published with a substantial lag. Also, we also don’t know how much worse the data is going to become once the lock-down restrictions are fully in place.

The most important timely data point we have is the US March NFP report. The right way to think about this is the proportion of jobs lost. In these terms ~0.5% of all jobs were lost in March. There have been 37 worse months, and six of them were in the 2008/9 GFC (notably the end of WW2 delivered the worst ever outcome, a ~5% loss of all jobs in September 1945).

April 2020 is likely to be the worst ever month. We know that around 10 million Americans filed for unemployment benefits since the reference week for the prior NFP report, so we can be pretty sure that things are going to be really bad in April. It seems likely that 10% of people, or ~15 million people, will lose their jobs.

But what does this tell us about the broader economy?

This is a difficult puzzle that smart folks have (partially) solved. Aruoba, Diebold and Scotti published a paper, Real-Time Measurement of Business Conditions, in 2008. It was aimed at answering a similar question in the context of the GFC.

Their index bottomed around -4 in 2008. It is -21 just now. There’s an uptick at the end but it’s really just a quirk of the statistical process they use.

Mid last week the estimator guessed that the index was -31! The chart below shows the estimate each day since the start of March 2020.

There’s a tendency for the index to be revised down as new data becomes available. That’ll tend to keep happening until we’re through the bottom — which given the timing of lock-downs, and release-lags, is likely to be after the April data is released (so perhaps mid- to late May).