The August non-farm payrolls report was a little weaker than expected (96k v. mkt 130k). This was a decent outcome, but the details of the report look pretty weak. 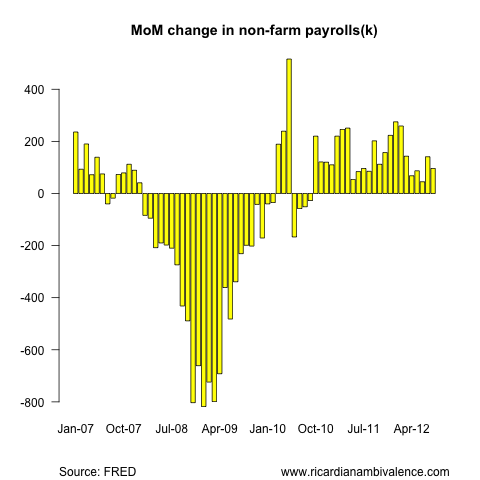 The cyclical sectors have begun to show weakness, with Manufacturing payrolls declining 15k on the month — following construction payrolls down. 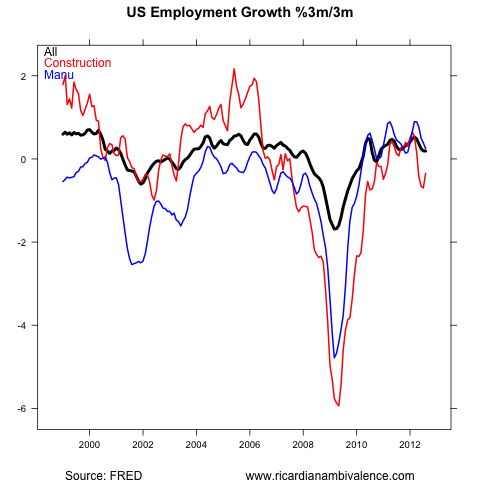 The other cyclical sector – temporary help services – also declined on the month. This concurrent weakness in the cyclicals may presage further weakening of the labour market. 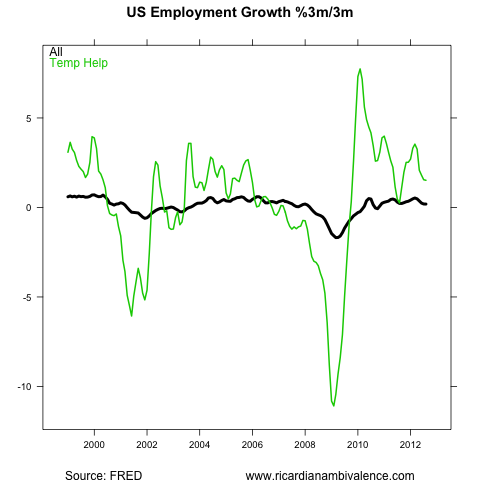 Hours worked in the Manufacturing sector, while still high, have also began to turn down. 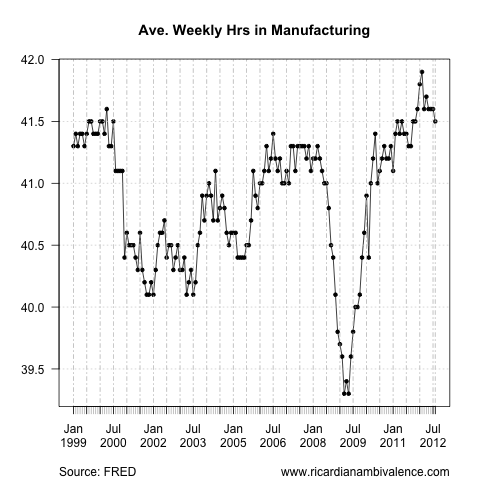 While it’s not always the case that declining average hours per week in manufacturing means a recession (and they were very high), it is true that average hours always fall sharply in a recession. 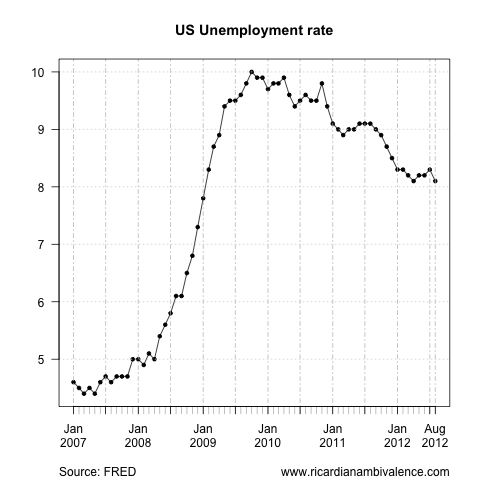 The situation was worse in the household survey, where employment fell by 119k. Despite the poor employment outcome, the unemployment rate declined ~20bps to 8.1% due to a decrease of the labour force participation rate. 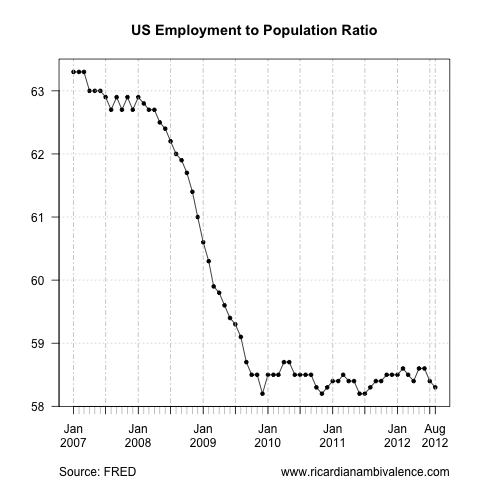 The employment to population ratio (which nets out these participation rate changes) fell 10bs to 58.3%. This is only 10bps above the low during the crisis – on this measure, it is fair to say that there has been no recovery at all in the labour market.

Pay growth remains very weak (average pay actually fell 1c to 19.75/hr). This combination of weak growth in the number of jobs, and very weak growth in wages, is hampering the development of the sort of ‘virtuous cycle’ that’s more typical of recoveries. 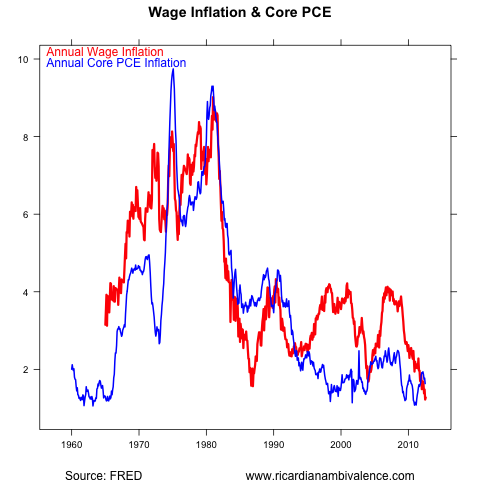 Wage growth is presently at an all time low — and it is here that the Fed can really find justification for further easing. Due to the fact that the main input to production is labour, you cannot have a core inflation problem without a wage inflation problem.

The weakness of average wage inflation is one of the best counter-arguments to the claim that all the unemployment is structural. If the unemployed were not employable labour, wage inflation would not be the weakest on record (data goes back to 1964).

At best, we can say that the data does not show all that much worsening. The notionally ‘leading’ bits look like they are turning down, however it’s not yet clear if this is something more serious.

However, with wages growth extremely weak, it is hard to see any inflation risk over the horizon. I think that this should make it pretty easy for the FOMC to ease policy at their meeting this week (12-13 September).