I don’t think much of the retail trade report (and nor does the RBA) — however the December report has some trends worth highlighting.

First, the value of retail sales is now trend declining — it’s the lowest level since July 2012, when cash payments were being spent.

The 6mma is probably the best compromise betweeen the SA estimate and the trend (it’s a little more sensitive than the trend) — this moving average growth rate tells the story clearly: trend growth is weakest, including the GFC. Of course part of this is the structural shift onto online shopping, and hence out of the surve frame.

Some like to take out food, as the price swings (I think it’s a good idea). Ex food, the trend series has been falling since July, and the SA series is lowest since April 2012. 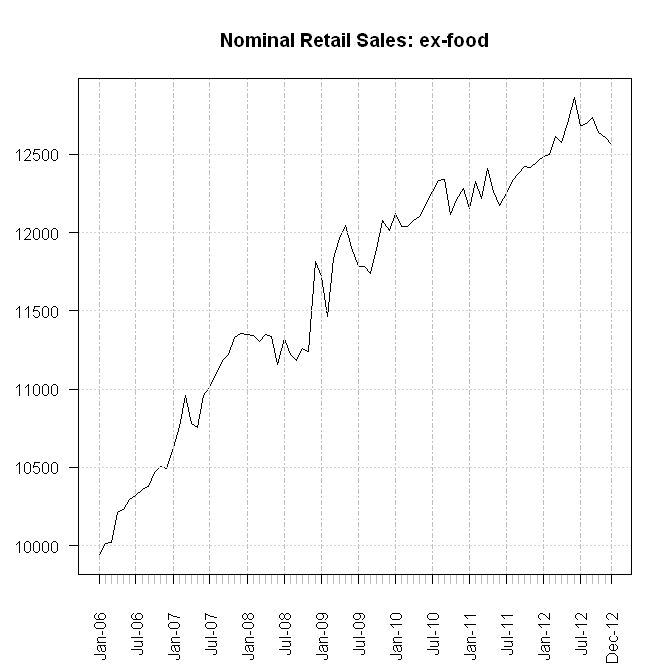 So while i think that retail is in general a junk statistic, i do think there are signs of unusual weakness that tell us something cyclical — this is almost certainly more than the ‘normal structural decline’ we expect to see in retail.

This certainly seems a lot like the weak demand the RBA told us they needed to see if they were going to cut rates futher. Employment trends are obviously more important, but at this stage i’d say it’s up to the employment report to stop the RBA from cutting in March.