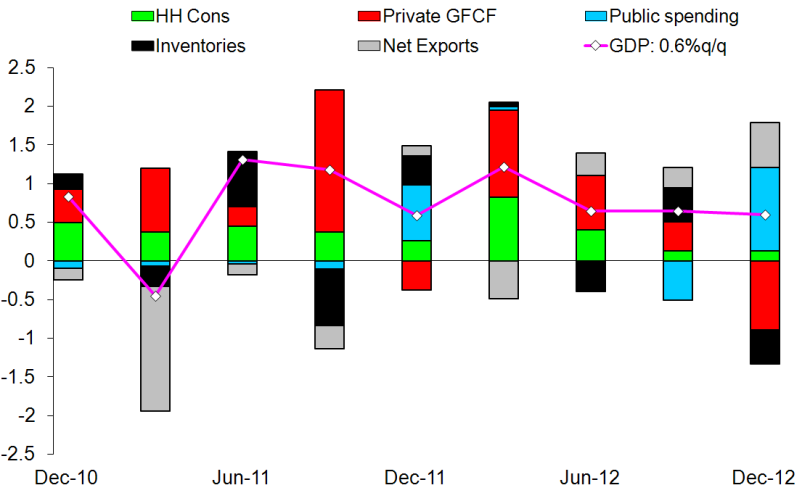 The quarterly story in the data was all about a hand-over from domestic demand to foreign demand. This is likely to be the story for some time. In quarterly terms, demand came mostly from net exports (+60bps) and public demand (+110bps), with Household consumption adding a modest 10bps; private capex subtracted 90bps, and a slower inventory build subtracted 40bps.

A part of this is bogus — the large public capex and weak private capex number partly reflect a transfer from the private to public sector. 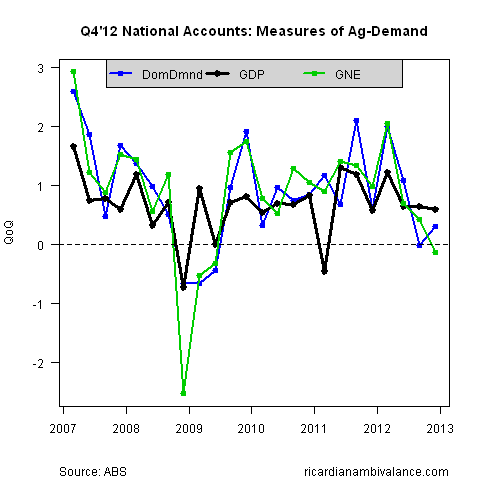 Overall, I think it’s more helpful to think in terms of the aggregates — quarterly accounts are always noisy. Let’s frame it in terms of: 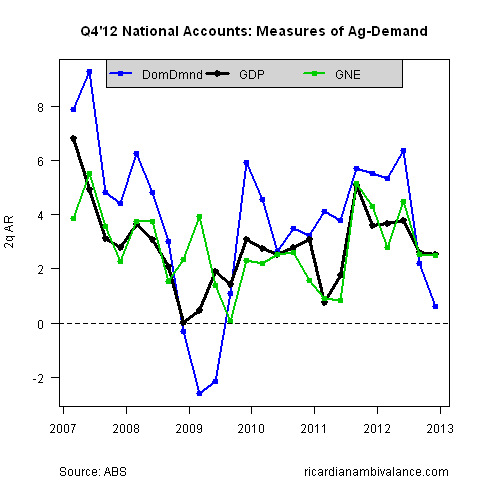 Depends how linked into the economy you think the export and import sectors are. In Australia, we export mostly farm and mining goods. Neither employs many people in the operation phase, but mining does in the expansion phase.

Has that expansion phase ended? It’s too soon to tell. 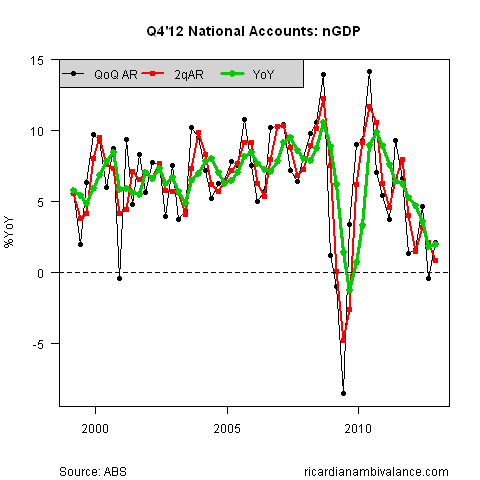 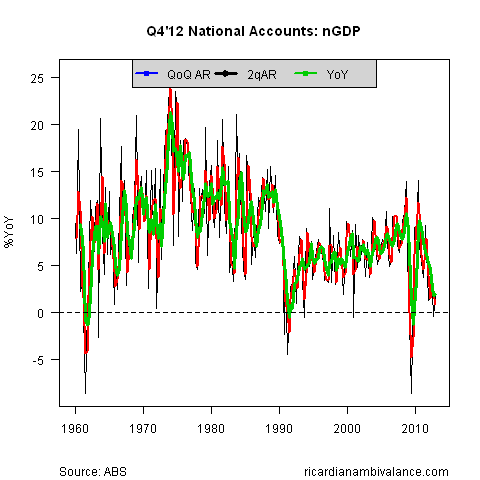 As you can see from the above chart, it really does only get worse than this in a actual recession.

The weakness of the nominal economy is why i think that inflation will remain low, and why i think it’s way too early to talk about rate hikes.