As often occurs in the economist game, the data has started swinging back toward a rate cut. Following the soft March NAB business survey and employment report, folks were entertaining the possibility of further easing, and with Q1 CPI so low there’s been a bit of movement on the projection front.

Of the 27 forecasters in the Bloomberg survey, only 7 are of the view that the RBA will ease in May. I agree (no, i am not already in the survey!).

Moving forward to June, one forecaster expects two cuts (-25bps at each of May and June), and the rest are evenly split between 2.75% and 3%. One cut doesn’t do much, and the RBA doesn’t really do fine tuning, so if you think they ease in May, you ought to be very open to a June rate cut – or at least another cut some time in H2. 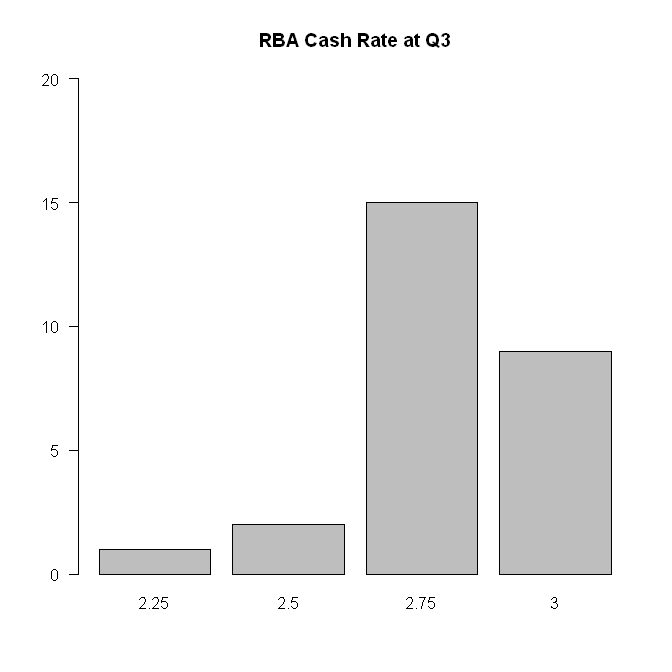 … But that is not what we see – the vast majority expect only one cut! 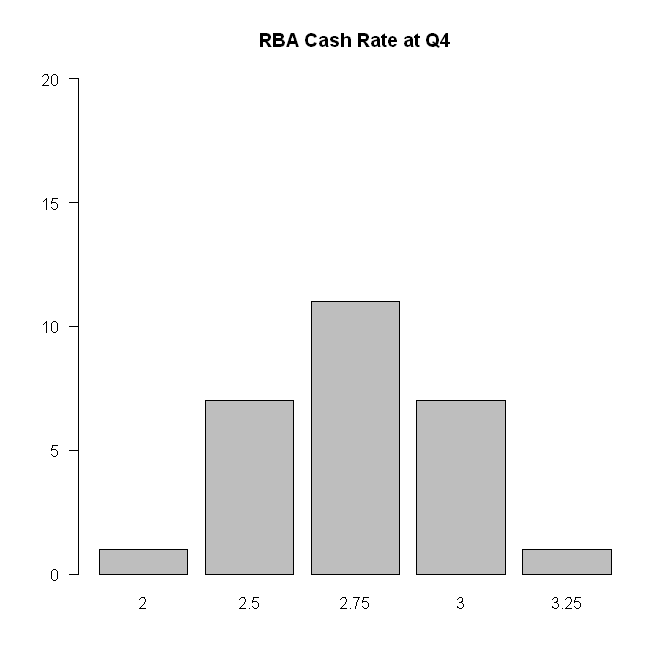 And one brave soul even expects a rate hike some time in Q4.

My view remains that the next move is down, but i think that the RBA needs to see more evidence that demand is fading to make a further move.

New data could bring that evidence at any time, but it seems unlikely that it will arrive before the June Board meeting. Right now, my best guess is that their next move is a cut some time after July (that gives them time to learn more about demand, and Q2 inflation).