Following on from yesterday’s (somewhat contentious) post, I am going to compare Australia with eight other nations that are rated AAA-stable by S&P (I used this list). Once again, I use the 2012 data from the IMF’s fiscal monitor — because it is comparable across nations (and no one can forecast!). 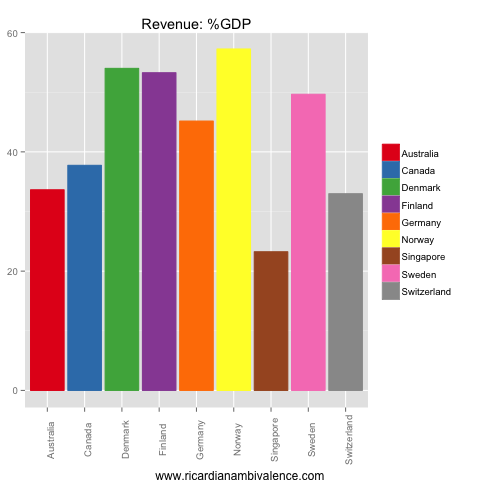 The first chart is of revenue: here Australia clocks up a low-ish 33.6% of GDP. The city-state of Singapore is lower, but they really are different. Switzerland is really the only comparable nation with similarly low revenue (~33% of GDP). I think the low tax effort of Australian Governments is a strength for the rating — there is scope to raise taxes without damaging growth too much. 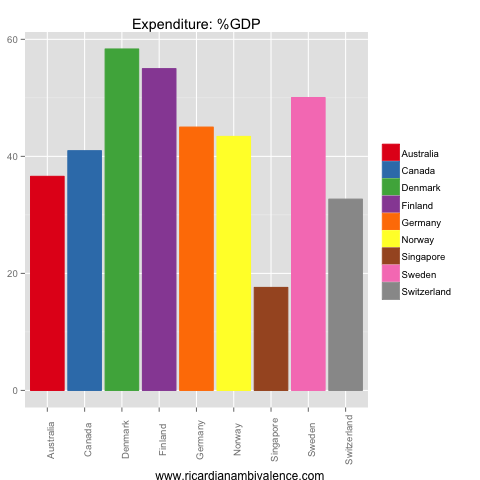 On the expenditure side, Australia is similarly low among peers, at 36.6% of GDP. Again, Singapore is a different case due to it being a city-state. Switzerland at 32.7% is the only comparable nation that has lower spending as a share of GDP. 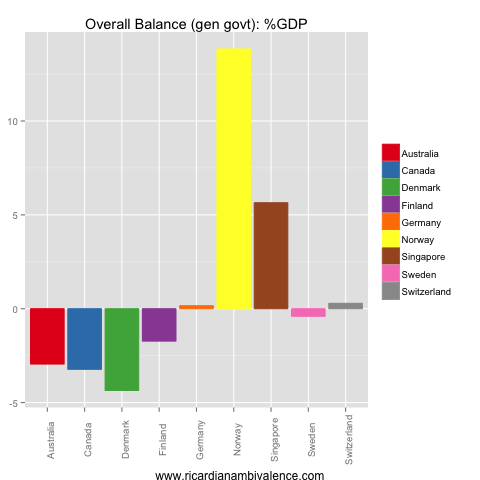 Spending more than you tax means you have an operating deficit. Australia is mid-ranked, with a deficit of ~2.9% of GDP. Norway and Singapore are special cases (oil and city-state), though here Germany (0.2%), Switzerland (0.3%), and Sweden (-0.4%) show a much cleaner pair of heels. I think Australia’s weak fiscal position at this point in the cycle in an embarrassment — and both sides of politics are to blame. 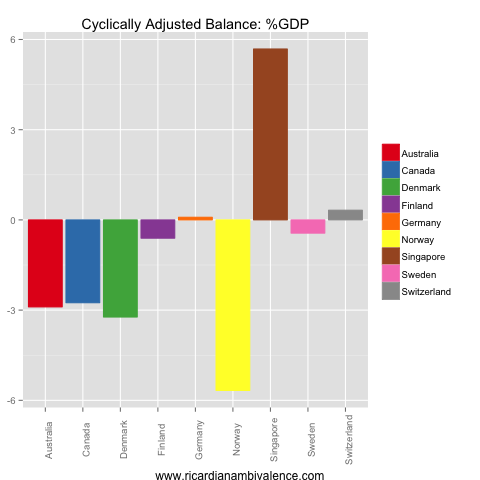 Much of the criticism in comments yesterday amounted to saying that one must take account of the economic cycle — well the IMF have looked after that for us as well with their cyclically adjusted data. Australia’s cyclically adjusted balance is around the bottom of the pack, with a deficit of -2.9% of GDP (Norway gets to be an outlier due to the way the oil money works). The weakest of my AAA club is Denmark with a cyclically adjusted deficit of -3.2% of GDP in 2012. 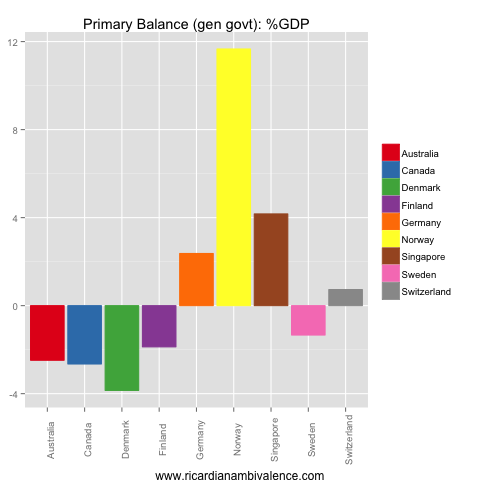 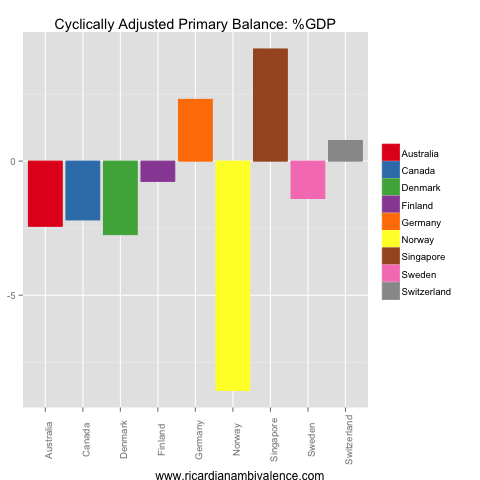 I just want to make a final point about the terms of trade — Treasury were publicly warning about this from 2010 (see this edition of their economic roundup). They almost certainly were cyclically high, and they almost certainly will decline. This is a possibility for which we ought to have been prepared. 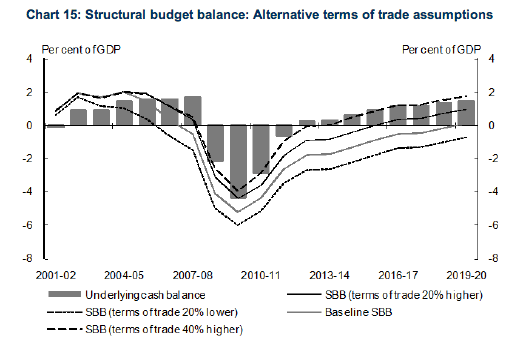 Indeed, that’s basically what’s happening just now. The recent decline in commodity export prices is a large part of the reason that Australia’s nominal GDP growth is so weak — which is currently depressing tax receipts. You can see in the above chart that the lower you assume the equilibrium level of the terms of trade to be, the larger the structural deficit.