Following the Hilsenrath article on tapering, there has been a lot of talk about the possibility that the Fed’s next move is not only up — but soon.

Some influential voices, such as the SF Fed’s Williams, have put forward the case for an early move (see his most recent speech) — which is a fair indication that the core of the FOMC might be starting to move.

I still count myself among the sceptics — mostly because inflation is so low. In a blog post, Hilsenrath pointed to a few data quirks that might ease the Fed’s mind.

In my view, these are just the sort of data quirks that statistical exclusion measures such as trimmed mean and weighted medians handle well. 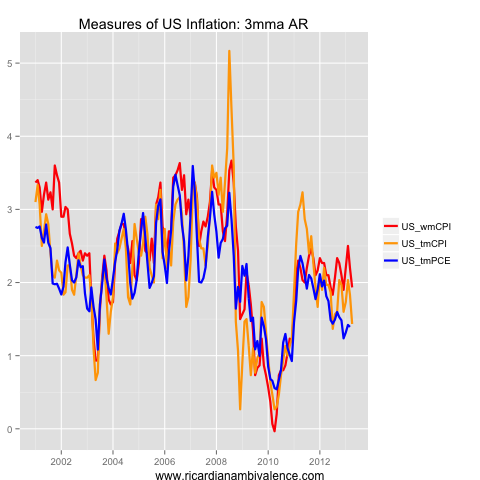 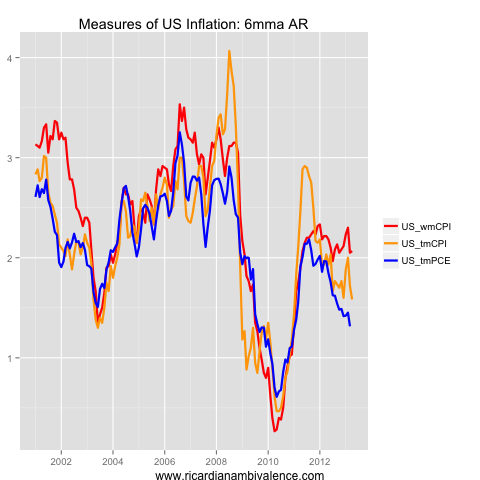 The research I am aware of says that the 6m AR is the best balance between (timely) signal and noise: on this basis the core measures of CPI were ~1.6% (trimmed mean) and ~2.1% (weighted median) for the 6m to April; the trimmed mean PCE was ~1.3% for the 6m to March. 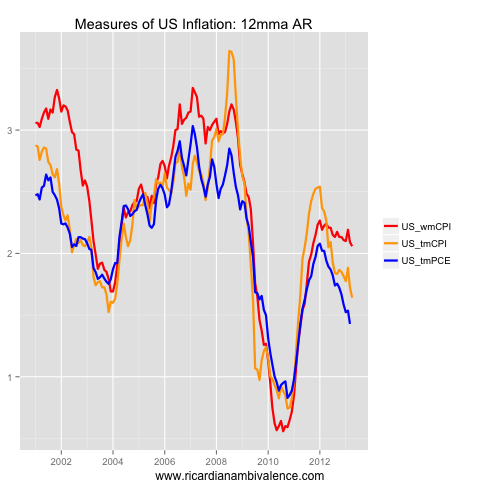