Today’s RBA minutes strike me as a fairly easy document to approach. At their May meeting the RBA upset the majority of economists (and an even split of the market) by cutting 25bps to a fresh low of 2.75%.

The following SOMP suggested that they retained their easing bias as inflation was expected to be below target for the entire projection period (i figured a cut after each CPI report to 2.25%).

The media consensus following the meeting was that the RBA had cut to offset a strong AUD. That may well be true. Well, since that decision a confluence of factors has combined to markedly lower the AUD. The decline since the weak jobs report in early April is ~8%. 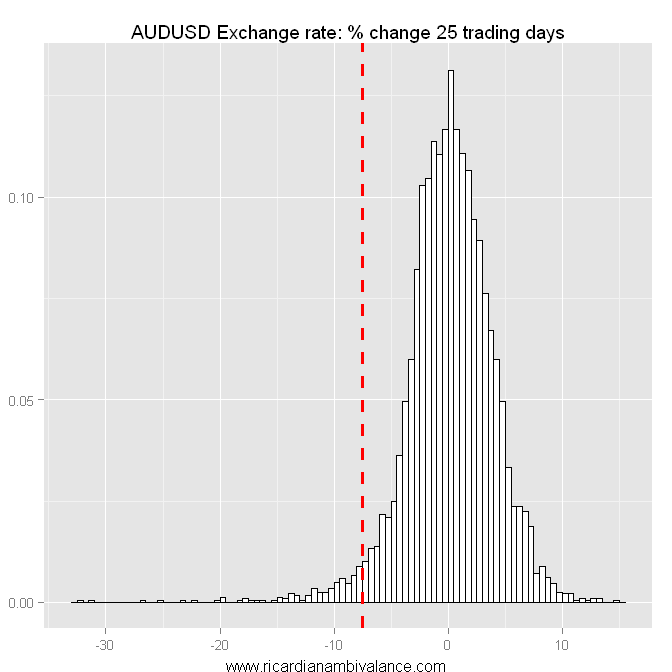 As much as i hate arguing from a move in FX (the AUD is normally strong when prospects are good and weak when they are dim) i think this move is material. At 96c the AUD is much more consistent with current export prices. I expect the RBA will put the focus on the AUD in today’s minutes, and that will naturally tell they market they are on hold for now, as it’s clear the AUD has made an adjustment.

It will also keep the market aware that the RBA will ease again should the AUD ‘bounce’ back into uncomfortable territory.